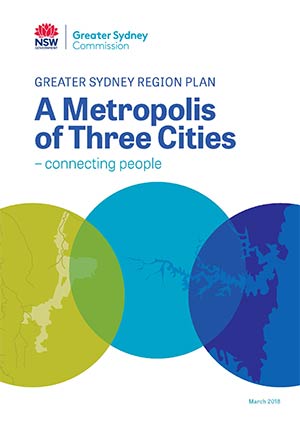 The city will be established on the strength of the new international Western Sydney Airport and Badgerys Creek Aerotropolis. It will be a polycentric city capitalising on the established centres of Liverpool, Greater Penrith and Campbelltown-Macathur.

New city-shaping transport and the airport will make the city the most connected place in Australia. The Australian and NSW Governments will deliver the first stage of the North South Rail Link from St Marys to the Western Sydney Airport and Badgerys Creek Aerotropolis. A potential new east-west mass transit corridor will connect the Western Parkland City to the Central River City. In the long term a potential Outer Sydney Orbital will provide the city with direct connections to Greater Newcastle, Wollongong and Canberra.

A Western Economic Corridor will attract globally significant defence and aerospace activities and contribute to a strong trade, freight, logistics, advanced manufacturing, health, education and science economy. This will produce knowledge-intensive jobs close to areas of high population growth and drive the development of the corridor and the metropolitan cluster.

The city will include housing diversity around centres and transit nodes. A future investigation area from Greater Penrith to Eastern Creek will link existing areas and major infrastructure. The Greater Sydney Green Grid will be a core element of the amenity of the Western Parkland City. 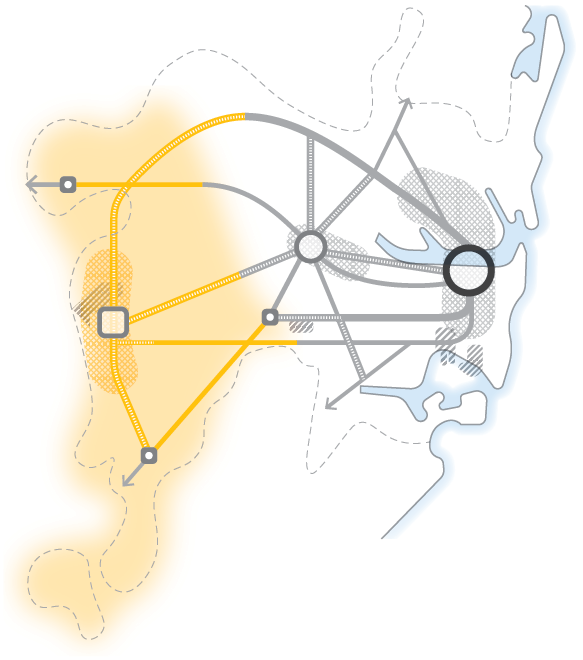 Collaboration Areas at Liverpool, Greater Penrith and Campbelltown-Macarthur will address complexities and coordinate planning, governance and implementation to support growth.

The city will emerge with the development of new neighbourhoods and centres, and with urban renewal close to existing centres. Place-making will help to design neighbourhoods with fine grain fabric and human scale. This will support healthy lifestyles and connected communities.

The designation of the metropolitan cluster recognises the opportunity to build on the strengths of the three established centres and deliver a 30-minute city.

The city will include expansive industrial and urban services lands to the north and east of the Western Sydney Airport. Supported by a freight link, these lands will provide for Greater Sydney's long-term freight and logistics and industrial needs.

Development along the spine of South Creek and its tributaries will re-imagine liveability and sustainability, providing new cool and green neighbourhoods and centres with generous open space in a parkland setting.

Increased tree canopy cover will provide shade and shelter for walkable neighbourhoods within easy reach of shops and services. The parkland character will be enhanced by the national parks and rural areas framing the city. 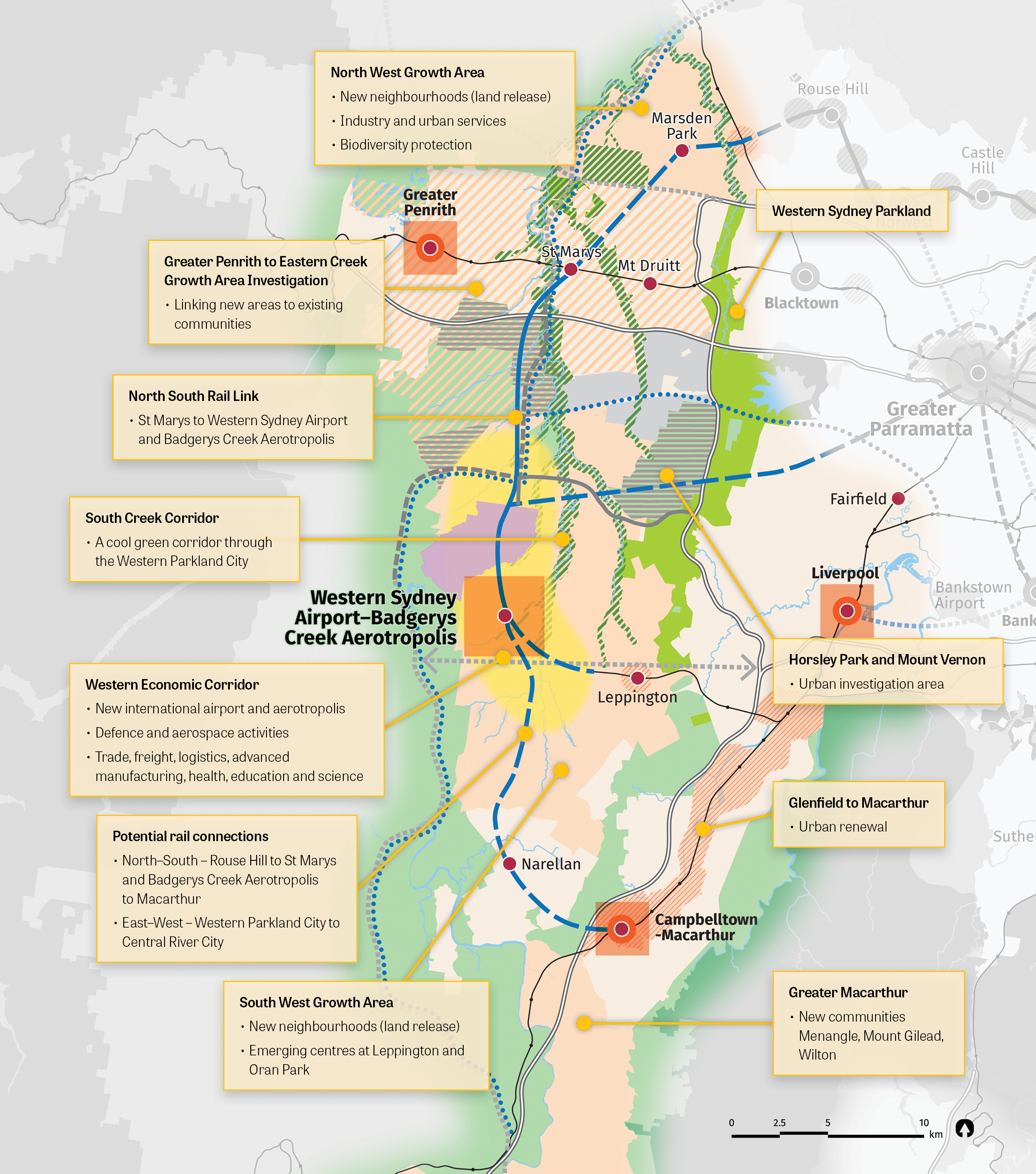